There are a lot of traditions that coincide with autumn. Hayrides and hot cider are ideal for some, but the change in the season also heralds the opportunity to enjoy some tasty beverages that allow us to ring in this very special time of year. 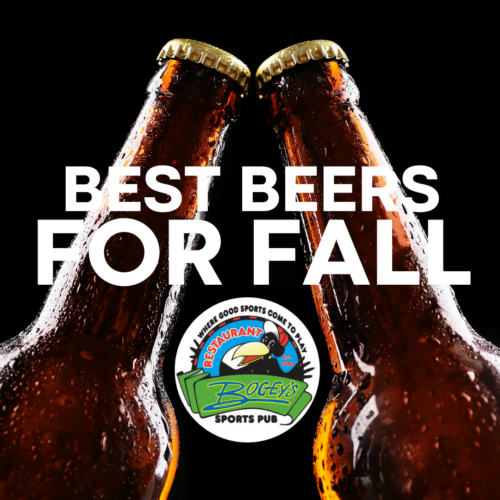 The origin of Oktoberfest dates back to 1810 in Germany. When the leaves change, many breweries bring out their own batches of lager that commemorate this special time of year. Traditionally, Oktoberfest lagers are light in texture and are known for their distinctive and crisp taste.

Cider has been a fall tradition for years. You probably enjoyed some spiced hot cider as a child, and as an adult, you can indulge in a different type of cider that’s slightly more decadent. While some beer purists scoff at the idea of hard cider, it’s a staple enjoyed not only during fall but all year long. There are quite a few brands available, some of which have higher concentrations of alcohol.

Speaking of beer enthusiasts, pumpkin beer is a divisive topic that’s become as highly debated as pineapple pizza. Pumpkin beer tends to be seasonal, like Oktoberfest, and there are a wide variety of types that incorporate strong flavors. Many people enjoy pumpkin beer with a ring of cinnamon around the glass for a sweet and savory taste of fall.

With its reddish hue and sweet taste, enjoying an amber ale this autumn might just be your new favorite fall tradition. Amber originates from the Pacific Northwest and is particularly known for the implementation of malts during the brewing process to give it its distinctive taste.

Another beer that’s ideal for fall and steeped in tradition is the porter. First appearing in the United Kingdom during the 1700s, porters have a thick and robust consistency. They tend to be quite filling and are ideal for keeping you warm on those cool autumn nights.

If you’re not too keen on the tastes that accompany porters, you might want to try a stout instead. While the two beers are very similar to one another, stouts tend to have coffee flavors and a fuller body. Stouts have unsalted barley, which gives them their unique flavor, and tends to have a higher volume of alcohol, so drink responsibly.

With autumn in full swing and football season upon us, we invite you to enjoy the warm and welcoming atmosphere found at Bogey’s Sports Pub. Food, drinks, and family form the perfect celebratory trifecta, and you’ll find all three elements here. For hours of operation, a menu, and more, visit us at bogeys.tv.