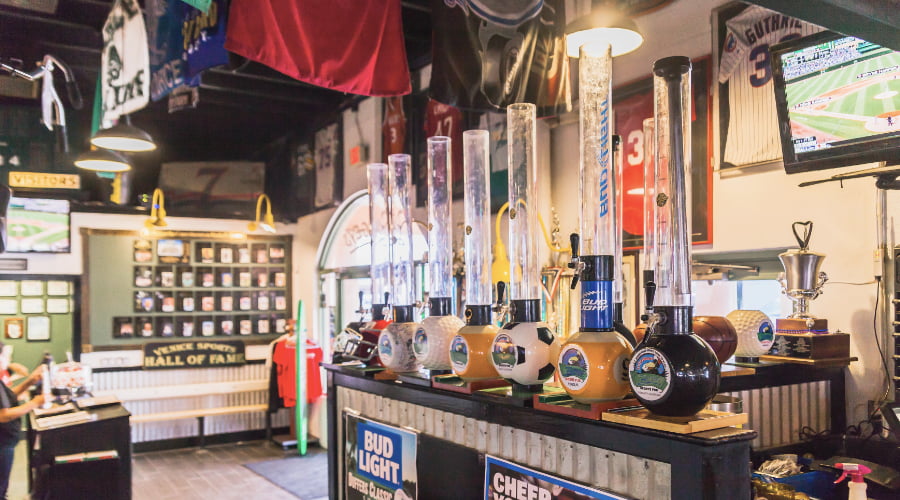 Beer is one of the oldest beverages in history. There is evidence of beer brewing that dates back to 7,000 BC. Ancient Mesopotamians wrote poems about beer, while Ancient Egyptians used beer in their religious ceremonies. Even monks made beer in the monasteries during the medieval times.

In 1933, the Cullen-Harrison act was signed into law. This law reversed the prohibition, making it legal for Americans to consume alcohol again. Decades later, in 2009, a Virginian man named Justin Smith commemorated the Cullen-Harrison act by starting National Beer Day. Ever since, people across the country have used this unofficial holiday as a way to enjoy their favorite beverage.

There are countless types of beers for every taste. Whether you like something with a lot of hops or a hint of citrus, there is a beer for you to enjoy this National Beer Day. The best way to celebrate National Beer Day is by gathering your friends and heading to your favorite local bar — Bogey’s Sports Pub!

For a delicious meal and tasty beer, head to Bogey’s Sports Pub this April 7. We have several beers for you to choose from on our menu. We also have happy hour specials, so you can save some money on your National Beer Day celebration.

Bogey’s Sports Pub is located at 652 E Venice Avenue in Venice, and we’re open on Wednesday, April 7 from 11:30 a.m. to 11 p.m. We hope to be a part of your National Beer Day festivities!